You are here: Home / Understanding Wilmette

Wilmette is historic, yet vibrantly modern; relaxed, yet full of energy; with excellent schools and superior recreation. The Village was recently ranked by Chicago Magazine and Business Week to be among the best places to live in the nation. Wilmette’s tree-lined streets, peaceful swimming beaches, and state-of-the-art recreation centers make the Village an example of fine North Shore living.

Residents can explore Wilmette’s excellent shopping and entertainment opportunities. Downtown Wilmette offers a few charming blocks of eateries, specialty stores, and even the two-screen Wilmette Theater. Plaza Del Lago, a shopping center with distinctive Spanish-inspired architecture, sits along the lakefront. Edens Plaza and West Lake Plaza near the Edens Expressway are home to many of the Village’s national retailers and restaurants.

Due to its central position within the North Shore, Wilmette residents also have easy access to the best the area has to offer. To the immediate south lies the City of Evanston, putting a lively downtown area with great restaurants, shopping, live music, and an 18-theater multiplex just a quick drive away. Nearby shopping centers include Old Orchard Mall and Northbrook Court. For those looking for more excitement, the commute to Chicago is made easy by the CTA Purple Line, Metra Union North Line, and the Edens Expressway.

The Wilmette Park District services over 300 acres of parks and 5 separate recreation centers. Gillson Park and Beach, along a scenic stretch of Lake Michigan, offers a well-maintained swimming beach, a dog beach, playgrounds, a marina (Wilmette Harbor), and an outdoor public theater.

In the summer, Residents enjoy a little league baseball game (and the concession stand) at Roemer Park, splash away at Centennial Water Park, or play a round at the public Wilmette Golf Club. The Community Recreation Center offers classes, a full gym, a gymnastics facility, and a senior center. Wilmette offers truly excellent recreational opportunities for all of its residents, whether they be four months old or a senior citizen.

Wilmette also offers some excellent community events. Every summer, Wilmette Summerfest offers two days of live music, arts, and children’s events. In the fall, the Taste of Wilmette and Kenilworth brings the community together with the best food in the area has to offer. On the Fourth of July, the Village puts together a full day of activities including a children’s parade, live music, and, of course, fireworks!

Looking for great schools? Wilmette sends students to two highly ranked public elementary school districts, District 37 and 39. Both of these districts feed into the renowned New Trier High School. New Trier is often acknowledged as one of the premier public high schools in the country, recently ranking #7 in Newsweek’s ratings. The area also offers several prestigious private elementary schools and high schools. One of these, St. Joseph School, was recently named a National Blue Ribbon School. Without a doubt, Wilmette takes education seriously.

Wilmette is named in honor of Archange Ouilmette, daughter of a French fur trader and his Potawatomi wife. For her service to the country, she was awarded 1,280 acres of land in present Evanston and Wilmette. After a legal dispute, she sold her land to farming families living near the lakeshore.

Seizing an opportunity to build a community, these early farming families banded together and negotiated for a stop on the soon-to-be constructed Chicago and Milwaukee Railroad tracks (now used for Metra trains). In 1869, the Railroad began service to the station and 3 years later the Village of Wilmette was officially established. The modern boundaries of Wilmette were the result of the annexation of the Village of Gross Point in 1919.

Major changes in Wilmette continued through the 1920s and beyond. The reversal of the direction of the flow of the Chicago River required canals be dug. The North Shore Channel ran through Wilmette, creating the Wilmette Harbor. The natural sediment from the canal created the land that later became the scenic Gilson Park and Beach. The construction of the majestic Bahá’í House of Worship broke ground in 1920, today one of the most beautiful sights on Sheridan Road. Some notable former residents include actor Bill Murray and former Chicago Mayor Rahm Emanuel.

Offering a variety of home types, from lakeside mansions and stately manors to lakeside condos, townhomes and apartments, Wilmette has the right fit for any prospective resident. With easy access to Chicago and downtown Evanston, excellent schools and recreation, and a strong sense of community, Wilmette makes life easy.

” Wilmette is historic, yet vibrantly modern; relaxed, yet full of energy; with excellent schools and superior recreation–the Village was recently ranked by Chicago Magazine and Business Week to be among the best places to live in the nation. Wilmette’s tree-lined streets (some with brick layed in the 1800s), peaceful swimming beaches, state-of-the-art recreation centers and much more make the Village an example of fine North Shore living just 14 miles north of downtown Chicago.
Some quick history! Wilmette is named in honor of Archange Ouilmette, daughter of a French fur trader and his Potawatomi wife…”  More…

About @properties be local | not a lead

Thinking Real Estate
be local… not a lead 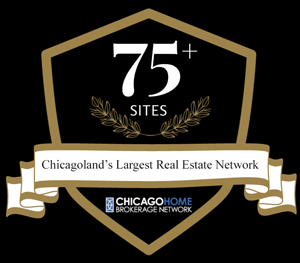